Seven tips to protect your car from thieves

Cars are typically the 2nd most expensive item people own, it is so important you know how to protect your vehicle from theft and damage, especially when the vehicle is left unattended. In the year March 2017 to March 2018*, 47% of all vehicle-related theft was due to a vehicle not being locked. As the UK's leading Dash Cam company, safety is our number one priority when developing our Dash Cams but also after purchase as well.

We have developed a platform called the National Dash Cam Safety Portal, where Dash Cam users can submit footage they have captured to the relevant police force, which often includes reckless driving, crashes, and occasionally thieving attempts. Our first tip is an obvious one but hugely important to remember and not become complacent when leaving your vehicle.

1. Remember to lock your unattended vehicle, we also advise locking the doors whilst driving


If you have followed the first piece of advice and locked your vehicle, thieves often resort to forcing entry. This happens in the manner of the offender breaking a window (20%*) or forcing the lock (13%*). This takes us onto our second tip which looks at how you can protect your car from being broken into and deter the offender.

2. Be careful where you park – the brighter and busier the better


Parking in a poorly lit and less busy area means the criminal cannot be seen easily by anyone and there are less people around to catch them or be a witness. It is always advisable to leave your car in a well-lit area, where people walk by and even better park on a road where there is likely passing traffic. If this means you have to walk further to get to your car parked in a safer location, then it might just be worth it. This is even more important to consider if your car stands out from those around it for being more expensive or having valuable equipment in it. This leads us onto our 3rd piece of advice.

3. Hide or remove your valuables


Leaving valuables in plain sight is asking for trouble. If you can’t or don’t want to take it with you, then hide it! Laptops, phones, tablets, etc. are highly valuable and some of the items most targeted by all criminals.

4. Don’t leave your keys near your front door or any windows


House burglars and car jackers steal cars by taking the keys straight from your house, sometimes without entering the house at all! If they see handbags or keys near the front door or windows they will wait until the house is vacant and make their move. Letterbox fishing is where a thief uses a pole through your letterbox for take your keys and it is a serious issue as the burglar now has your house keys as well as your car keys. In order to prevent this, make sure your never leave bags or keys near the front door or windows and if you lose a set of keys it worth just getting the locks changed and not taking the risk.

Now that keyless cars are the majority of the market criminals have found an extremely simple way of opening them, and as the name suggests they do this without a key. Coined ‘relay attacks’, two criminals work together using signal relay devices to steal the car and never have to enter the house. One stands near the house to pick up signal from the key and then transmits the signal to the other criminal who is stood near the car with a second device which fools the car into thinking the key is present. This process can be completed within 15 seconds and your car gone in under 60 seconds. Prevent this type of theft by putting your keys in a metal box (the relay device signal cannot penetrate metal), put your keys in a signal blocking pouch (as inexpensive as £8) or avoid leaving your keys near the front door, making it is harder for the criminals to get the signal to relay. 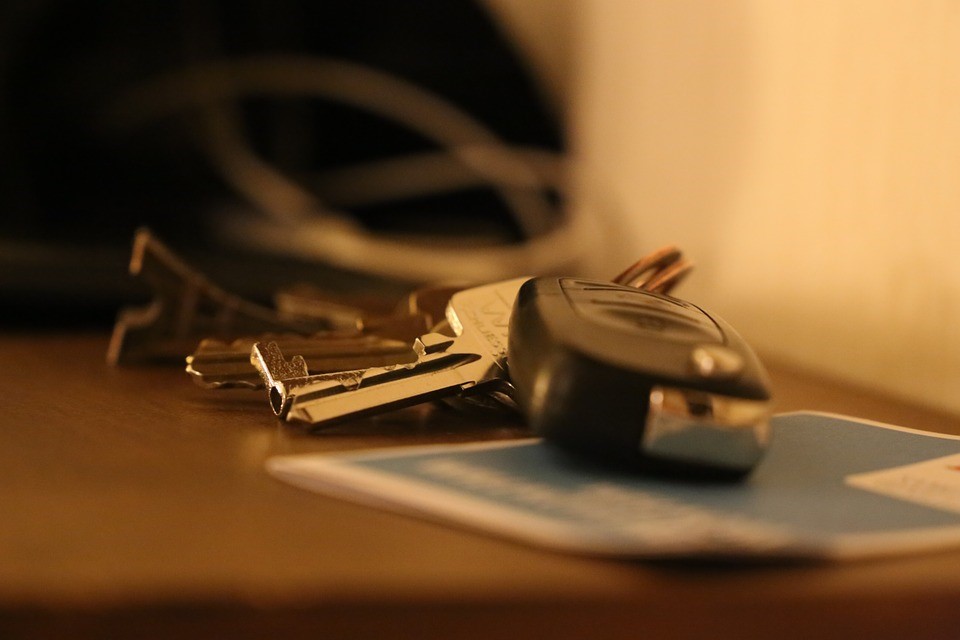 5. Buy a Nextbase Dash Cam, as a security camera and an independent witness


All Nextbase Series 2 Dash Cams have a feature called Intelligent Parking Mode, with this feature turned on the Dash Cam can detect G Force (movement) on the vehicle even when the ignition and Dash Cam are turned off. When movement is detected the Dash Cam will turn on and start recording and thus be able to capture the perpetrator and be evidence to give to police. It is often the case that criminals won’t target a car which has a Dash Cam or car security camera of any sorts as the risk isn’t worth taking, the Dash Cam acts as a deterrent. Nextbase Dash Cams are also a great way to capture damage to your vehicle, both when you are driving as well as when the car is parked and turned off. There are also other forms of visual deterrents such as a steering wheel lock.

6. Invest in a steering wheel lock


Another visual deterrent is a steering wheel lock. If criminals see a steering wheel lock, they as less likely to attempt to steal your vehicle. Locks make it a lot harder for criminals to steal and drive your vehicle away quickly, which is their primary aim when stealing a car. The cost of a lock can be as little as £20! Whilst visually they aren’t too aesthetically pleasing, they aren’t a good sight for criminals either!


It won’t prevent a car from being stolen but you will be able to track the vehicle and increase the chance of police locating it and recovering it. They might be on the slightly expensive side but if the day ever comes that your car is stolen you will be so thankful for the small device that reveals the location of your car.Many people buy a Dash Cam for the increased security and peace of mind while driving and that is exactly what we intended our Dash Cams to do. All types of cameras act as a deterrent to criminals and our Dash Cams have the same effect, with the ability to start recording when the Dash Cam detects physical impact on the car and capture a criminal in the act.

Many people buy a Dash Cam for the increased security and peace of mind while driving and that is exactly what we intended our Dash Cams to do. All types of cameras act as a deterrent to criminals and our Dash Cams have the same effect, with the ability to start recording when the Dash Cam detects physical impact on the car and capture a criminal in the act. Available to buy at selected retailers, including Halfords, Argos, Currys, Amazon, and more. For business enquiries please contact sales@nextbase.co.uk.

*All statistics cited in this post can be found in the Nature of crime: vehicle-related theft, March 2018, ONS.