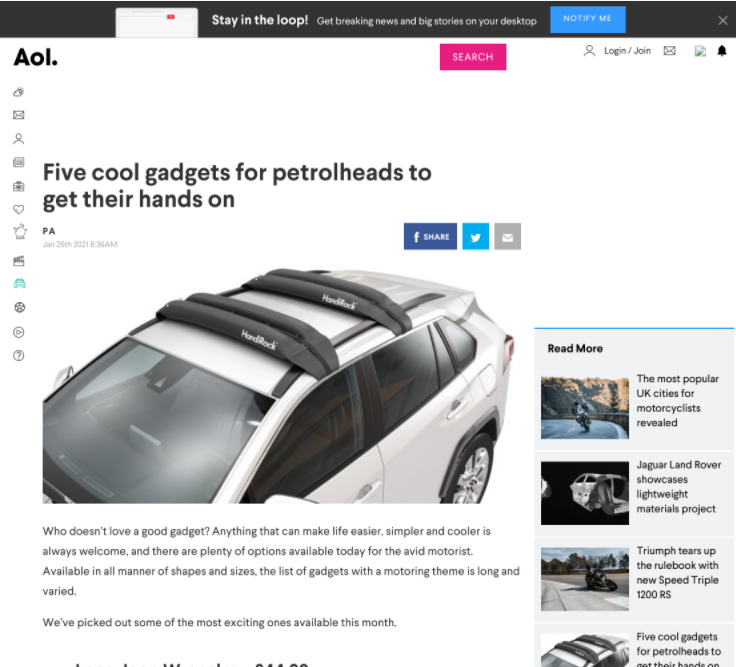 It might be a new year, but that does not stop our award-winning 622GW Dash Cam from staying out the headlines. The flagship 4K model has been included across seven lifestyle, regional and motoring websites. This includes popular sites such as Yahoo! News, AOL, and Talk Talk. These online titles have a combined readership of over 240,000.

The 622GW was featured under the headline article titled ‘Five cool gadgets for petrol heads to get their hands on’.  The articles made reference to the fact that ‘the popularity of dashcams has grown immensely in recent years’, citing Nextbase as ‘one of the biggest names’.  The online title refers to the 622GW’s premium features by stating it ‘films in clear 4K and incorporates what3words tech that can relay your co-ordinates within a 3m2 area should you be involved in an incident.’

The Nextbase 622GW is the ultimate Dash Cam with an abundance of features not seen before in any other Dash Cam on the market today. This includes stunning 4K cinematic image quality, Image Stabilisation and Extreme Weather Mode. It features life-saving safety features including what3words and Emergency SOS which can be seen in more detail here. The 622GW is available to purchase direct via nextbase.com